So I finally watched a Marvel film… 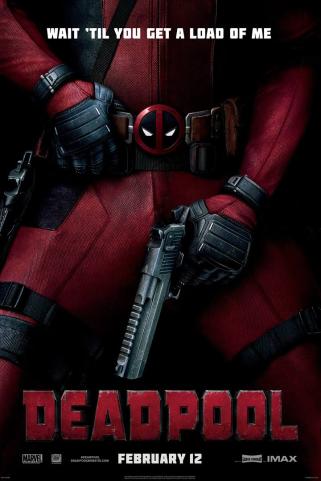 The wildly popular Deadpool was supposed to “make me change my mind” about super hero films. This one, above all the others, would somehow make me see the light and begin to respect the genre. So did it succeed? Not really. I mean, the film is okay. It was simply exactly what I expected it would be, nothing more. If you’re a super fan of the movie you probably won’t like this review. However, I will try to defend my position as best as possible.

The movie is okay, I guess. It serves as a suitable action-adventure-comedy. It meets all of the genre expectations, and it does seem about time Marvel made a film that was more designed for their adult fans. However, Deadpool’s smart mouth does run a little tiring at points. His character, and his friend in the bar, are the highpoints of the movie. It seems in these moments is when the film fully embraces the humor without trying too hard. Otherwise, the film is too busy congratulating itself on how clever it thinks itself to be.

Where I think the film suffers in the needless effort to fit Deadpool into the larger superhero world. The two X-Men who fight with him Colossus and Negasonic Teenage Warhead don’t add much to the film. Their involvement in the plot is simply to stretch the film to its run time. While they end up helping Deadpool in the long run, it is their fault the movie doesn’t end earlier. Serving as nothing more than a plot device makes them completely unimportant.

The structure of the film bounces between origin story and current events in Deadpool’s life. While his origin story is interesting, it isn’t really anything new when compared to the hundreds of other hero stories out there. Once again, the film operates on a completely normative genre level.

One thing that had been hailed to me was the love story between Deadpool and Vanessa. “No Jay, it really is a good love story, you’ll see.” Well, no, I didn’t. The love story is so shallow that even Nicholas Sparks would call it beneath him, and his writing skills are about the same as an anthropomorphized toilet. Other than physical infatuation, there doesn’t seem to be much of a bond between the two. Vanessa’s character is meant to be the hot girl in danger. No depth or significance is afforded to her—once again, something I anticipate within most comic book films. Vanessa is nothing more than a sexy lamp. Her entire character could have been replaced by a blow-up-doll. For a film so supposedly self-aware and smart, they really dropped the ball here. Shame on these writers, and shame on the fans to self-indulged by sub-par writing and 13-year-old wisecracks to not demand better.

Some of the one liners are funny, but I suppose having one every four seconds is bound to produce a couple good ones. I personally hate the fourth wall being broken—we get it, you’re too cool for narrative function. What’s the verdict—the film is competent. It has an identity (albeit a shallow and childish one). If you like stupid, macho, and shallow CGI love fests—go for it. 5/10