A thriller based on a real tragedy. 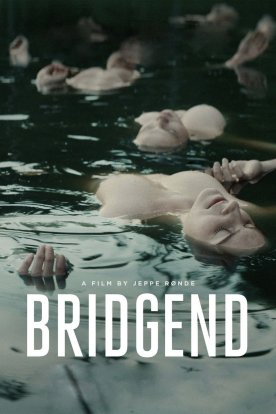 Where to start? Where to start? Well, Bridgend is based upon the town of (you guessed it) Bridgend where a bizarre ratio of suicides occur. In 2013, a documentary of the same name released to mixed reviews. I have seen the documentary, and while interesting, it didn’t really seem to uncover any vast secret. Why people commit suicide is an impossible question to fully answer. Why people choose to commit suicides in clusters is likewise a mystery. The documentary did well to show the incidents, but other than knowledge of the events, nothing else would be gained by viewing the film.

There is an air of exploitation when films (documentary or narrative) focus on teenage suicide. The topic is just sexy enough to attract people, but we can all turn our nose if things go too far. Our own senses of moral superiority as audiences are a bit weird. This film, and the documentary that precedes it, may be called bad-taste, yet countless other films that cover similar (but not explicitly true) stories aren’t condemned. I am sure you have noticed that I am not actually talking about the film yet, and this is an annoyance for me as well. Films such as these come with the taint of extra-textual issues that need to be sorted (in my opinion) before a review can be done well.

What do we do with the potential issues surrounding the film? We cannot fully ignore them, but perhaps we should proceed under the idea that art works to illuminate culture. Films/texts/videogames covering such issues are not by nature exploitative. Can they be? Sure. But we must judge each film on a case-by-case basis. Without any more delay, why don’t we actually turn to the film?

Bridgend is director Jeppe Ronde’s first feature film. From the directorial standpoint, this movie is a massive success. There is a patience in each scene. The steady camera and thoughtful moments aren’t wasted away. Instead, Ronde does well to make sure each moment packs a specific feeling. Ronde is certainly going to be a director to watch for in the future. Currently, he appears to have nothing forthcoming soon, which is unfortunate.

Hannah Murray (of Game of Thrones fame) does an excellent job playing the new kid in a troubled town. Why Bridgend is so troubled is not entirely clear. The most special thing about the city seems to be that there is nothing special about it. The town offers nothing for youth (something repeated within the documentary), so instead, they turn inward. Angry wayward youths with either detached or indifferent parents creates a recipe for disaster anywhere. The film does a great job showing the actual conditions that can create tragedy.

While there are mysteries surrounding the city of Bridgend (why do they all hang themselves, for instance?), the film grounds the story in a less mythical way, which is exactly the treatment it needed. The relationships formed within the story are interesting, real, and often tragic. The film also lacks any moments of preaching platitudes about suicide, communication, or loss (something that hurt the documentary). Instead, we get a raw look at teenage angst without the glitz and glam that American films seem obsessed with. 8.5/10