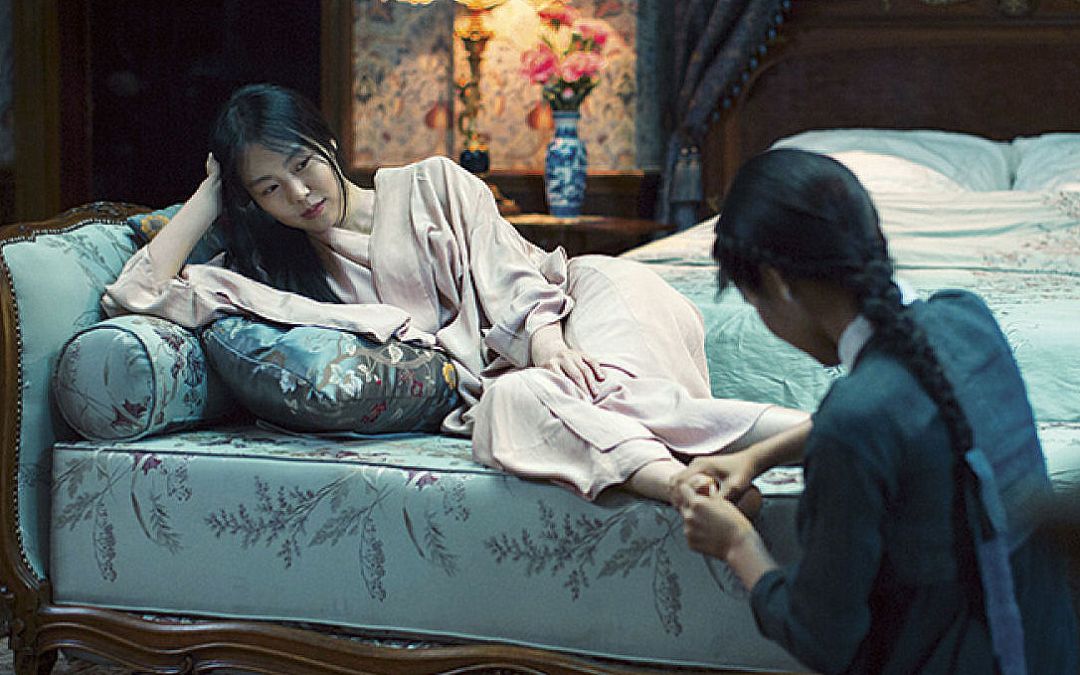 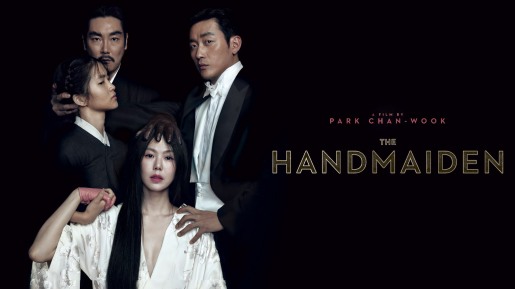 The Handmaiden is a lavish new crime drama from director Chan-wook Park. The film boasts his usual style, and there are enough layers to keep you guessing more or less the entire time.

The basic premise is straightforward. We follow Count Fujiwara (Jung-woo Ha) who plans on seducing Lady Hideko (Min-hee Kim) in order to later commit her to an asylum and keep her wealth. He brings in a partner to help him in this endeavor. Sook-Hee (Tae-ri Kim)  will pretend to be a new Handmaiden and push Lady Hideko towards Count Fujiwara. On top of all this, Lady Hideko’s ruthless Uncle Kouzuki (Jin-woong Jo) must also be dealt with as he, too is considering marry his niece.

Park’s films take a seemingly simple set-up and then add multiple layers of intrigue. The Handmaiden is no exception. Uncle Kouzuki in particular goes from being a creepy old man to one of the most memorable pyschopaths of recent years. Further, there is more than one game being played here. In the end, we end up with an incredibly complex tale that weaves mystery and intrigue around every corner. To fully discuss the film, I must give some spoilers. If you haven’t seen this one, I think it is best to go in without knowing much.

Count Fujiwara’s plans seem to go astray quite quickly. Lady Hideko and Sook-hee begin to fall in love, and here is where most of the criticisms of the film come in. On the one hand, for most of the narrative we have tender and sexually charged moments where the two begin to fall for one another. However, the film goes off the rails and presents laughably pornographic sex scenes. The intimacy vanishes, and instead we become more indicted into being the watcher (a theme of the film), and while this is interesting, it is also reducing queer love to a gimmick at best, a joke at worst. I think this film does a better handling of such scenes than Blue is the Warmest Color, but I do believe much of the criticism is valid. Others have done far deeper analysis of these scenes than I plan to here, but the cheapness of them is hard to ignore.

Now, Park is playing more than one game here. While we do have a male-gaze oriented sex scene, we also become one of Uncle Kouzuki’s perverts while watching. Kouzuki not only abused his wife, sister-in-law, and niece, he also made them read (and perform) scenes from lurid texts. Rich men would pay to have access to a beautiful woman reading pornographic (and what appears to be pedophilic) texts. Lady Hideko knows she must escape from her uncle before he brings her to his basement, where it is only hinted at what depravity is held within. These moments are powerful, gripping, and tragic.

Hideko and Fujiwara are actually working together, and have Sook-Hee committed to the asylum under Hideko’s name. However, things begin to fall apart in their arrangement and we end up with a final act that ties all of these threads together. We have Sook-Hee and Hideko reunited (and another silly sex scene) and all seems well.

The film wraps up a bit too tightly for me. Park’s narratives are always complex, and they do resolve themselves, but this one doesn’t leave you with that trademark gut-punch. Lady Vengeance and Oldboy contain devastating finales that will stay with you long after. This one, not so much—for me anyway. The lavishness is fun, and the plot is interesting, but this one contains some problems that are hard to ignore. Fans of Park will enjoy this, but it might not be their favorite. 7/10