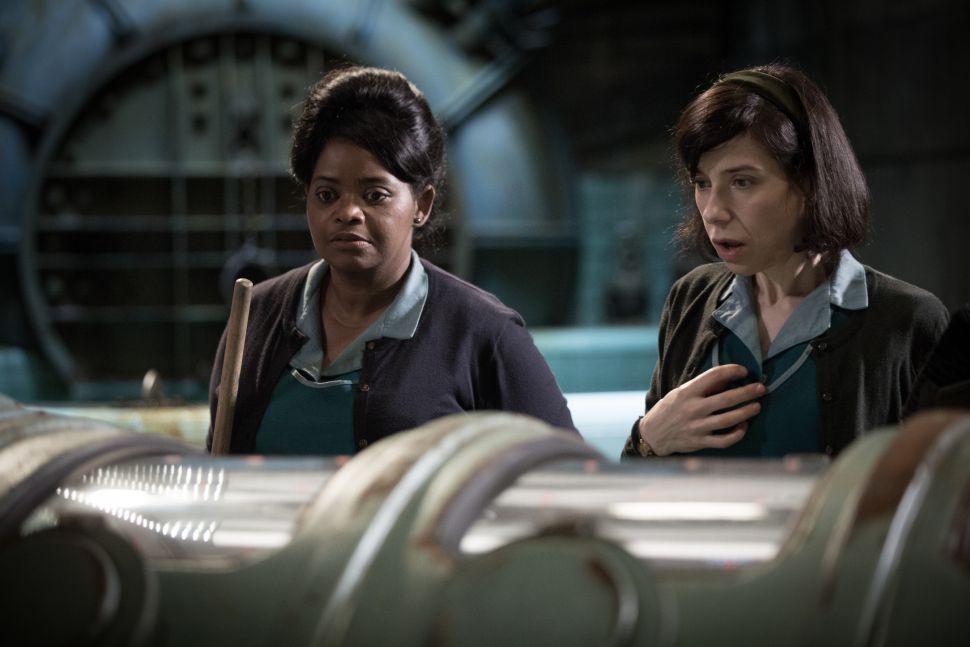 The 2018 Best Picture winner transfers audiences to a fantasy realm where both magic and deeply troubling historical moments coexist. 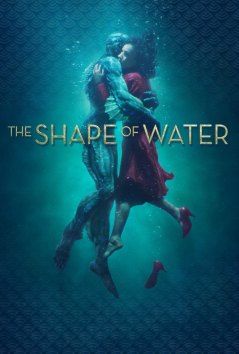 The Shape of Water is an interesting film to try to categorize, as it can fit into romance, drama, fantasy, science-fiction, and sexual liberation (I opted for the umbrella term of drama in the blog). Often, when a film is so much like a chameleon there might be trouble, but this one manages to pull it all together.

Before even getting into the story, I think the music and setting are top notch here. Guillermo Del Toro creates a new world. The colors, settings, and designs are all familiar, but still new. There is something magical about the look of the film, and I think this is in large part why it is so easy to get absorbed into the story.

The story could be sardonically summed up as: mute woman falls in love with a fish man. Granted, there is a lot more going in this film, but at its core we have a story somewhat similar to Beauty and the Beast. We follow Elisa (Sally Hawkins) who works for a shady government agency (I am not actually sure what the company’s public face was), and this agency has captured a bizarre creature thought to be a God. Elisa is mute, and aside from her neighbor Giles (Richard Jenkins) and her coworker Zelda (Octavia Spencer), it seems she is very much alone.

Themes of loneliness and not belonging are abound in this movie. Giles and Elisa seem wayward spirits who are desperate to make a meaningful connection, and both see themselves as broken. Zelda seems unhappy in her marriage as her husband clearly does not appreciate her. The aquatic God (Doug Jones) is never given a name, which seems to further isolate this being from any sort of connection.

Why Elisa attempts to befriend the creature is left open to interpretation, but I saw it as simple curiosity at first. The creature grows to love her, and she can see this in its eyes, and for her it truly sees her as someone without any defect. Unfortunately, the shadowy figure of Richard (Michael Shannon) wants to vivisect the creature to gain what knowledge can be had, and to insure that it cannot fall into Russian hands. Richard is a diabolical villain, and I do think the film chose to make him almost cartoon-evil, which diminished some of the impact for me.

I was happy to see that Elisa isn’t the only one who wants the creature to survive. A scientist at the facility, Robert (Michael Stuhlbarg) hides a dark secret, but sees the creature as a beautiful scientific discovery—not something to be hacked apart for quick gains. Of course, a daring escape coalesces in a major set piece of filmmaking.

The romance between Elisa and the creature is both beautiful and fitting for the themes of the film. This is possible on of the better romances I have seen in several years, and that says a lot—neither half of the relationship can talk!

Hawkins steals the show, and she is able to communicate more with a look than many other actors can with a monologue. Her struggle with finding her place in the world, and the issues that she fights for are interesting. She is not an idle hero, but rather one who risks everything despite long odds.

For me, Del Toro is a hit or miss director, and this one is a hit. There are some narrative issues, but the majority of these are towards the end of the film. I will not discuss these here due to spoilers, but I found some of the conclusion a little forced.

I suppose I should mention if I thought it deserved Best Picture. Sure? I think I would have voted for Three Billboards over this one, but that does not mean this isn’t an enchanting film one should see. Lock the cats up and give this one a watch! 9/10