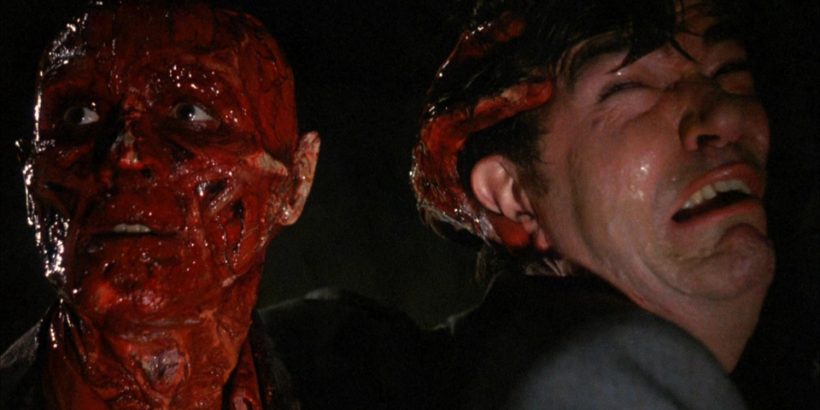 This movie proves that handheld puzzles are terrible and we should all just play videogames. 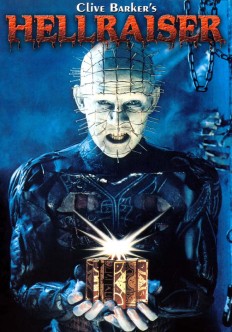 Hellraiser—what can I say about this deeply troubled franchise? There is so much to go into, and thankfully (or horribly) I have ten (yes ten) films to discuss. Today we are looking at the first in the franchise, released back in 1987. This entry is based on Clive Barker’s short stories, and he helmed the creation of this one. I like Barker as a director, but his films seem damned to have issues surrounding production and or censorship. I would be curious to see what Barker originally had in mind for this one without anything being cut. Perhaps if he ever gets his remake off the ground we shall see.

If you have never seen any Hellraiser film, start with this one—it really is the best one. There is something about the atmosphere that feels wrong. I remember staying up late to watch this as a kid and worried I was doing something profane. It is weird to put this one on such a pedestal—I didn’t feel this way watching the original It or the Freddy movies. Something about the constant religious imagery mixed with sexuality gives this film a truly unique feel. The character designs are also fantastic (better mention it here in case I forget later).

People looking for a gore show might be disappointed. There is violence, and it is pretty brutal, but this is a story about human infatuation and obsession more than anything else. We follow an unhappily married couple Larry (Andrew Robinson) and Julia (Clare Higgins) who are moving into a new home. If I had to make a broad complaint about this film it is that Larry and Julia are so obviously miserable with each other that their marriage just doesn’t make sense. We discover that Julia had an affair with Larry’s brother Frank (Sean Chapman) and doesn’t like Larry’s daughter Kirsty (Ashley Laurence). So the whole family is in turmoil—and Kirsty has moved out for unspoken reasons, but it is pretty obvious that it is because of Julia. If you cut out the supernatural stuff, we actually have a decent drama about the failure of a family unit.

Frank has gotten his hands on a rare puzzle box, and of course opens it. The puzzle box will become a mainstay of the series, and those who open it are exposed to the limits of pain and pleasure. Once Frank goes through this process he is little more than a pile of sludge on the ground. Upon moving in, Larry cuts his hand and bleeds where Frank died, and this somehow resurrects him. Now, it is up to Julia to bring victims for Frank to feed upon to become whole.

Larry begins as a pile of organs, and then a skinless body. The practical effects still hold up quite well. These aspects of the film are still excellent. The computer generated special effects look like complete crap though, so I guess it is mixed bag. I wish more films would still rely on practical effects—they age much better, if at all.

Julia’s obsessive dedication to Frank is the heart of the film. How far is one willing to go for forbidden love? She begins to bring men to the house to murder them for Frank to feed on their flesh. These moments are interesting, strange, and captivating. Kirsty slowly realizes something is wrong, and we have an interesting game of cat and mouse. Many scenes still have some tension—sure some of it is dated, but this is still better than most horror films on prime right now.

If you ask most folks what they think of Hellraiser the infamous Pinhead (Doug Bradley) and the other Cenobites is probably the most mentioned aspect. Oddly, Pinhead isn’t even named in this one, and he isn’t in it for long. They do give Pinhead some truly fantastic dialogue, and the Cenobites are still pretty damn creepy. The limited time with them allows their impact to be much more powerful. When they show up you know things are about to hit the fan.

Barker delivers well on creepy and weird images that defy age. The nightmare sequences, Frank’s living corpse, and the Cenobites all still pack a punch. Fans of the film (like myself) watch this film with a bit of remorse, as the series sharply declines shortly after this entry. This one is still worth a watch for any horror fan, even if there are some imbalances and simply corny moments. 9/10