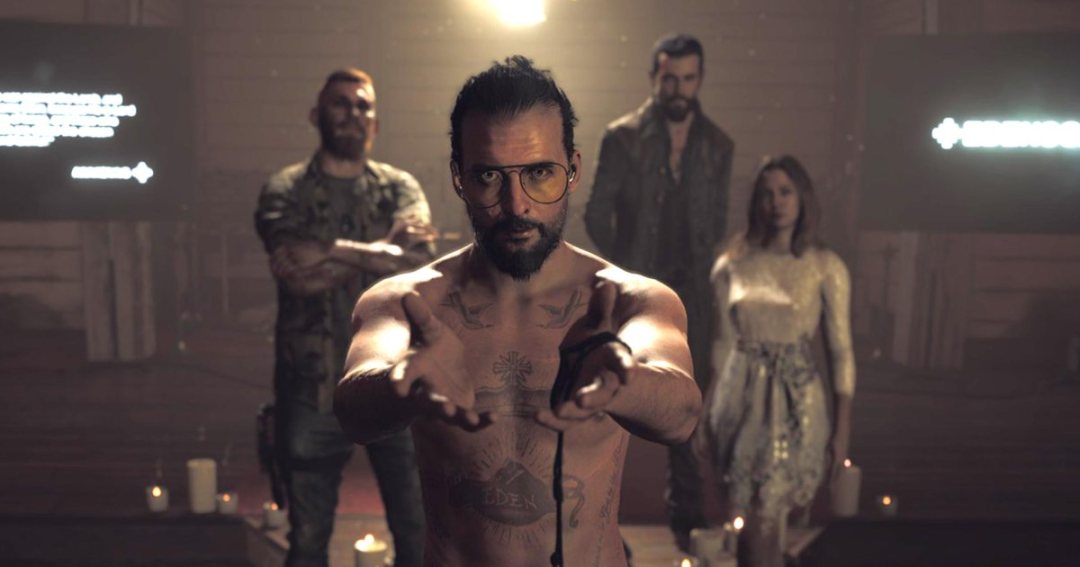 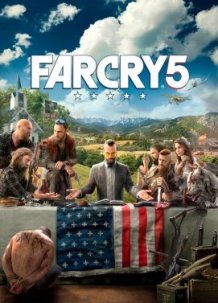 The Far Cry series have always been about pushing boundaries within a wacky universe where the silly and the horrific can mesh together. I mentioned in my first thoughts that the tone of the game seemed a bit off kilter (in a bad way), and I think I will overall stick to that point.

Now, before we begin, there are a lot of folks talking about how this game goes too far or not far enough politically. For me, this is neither here nor there. The story is overall interesting, and I don’t think there was a strong inherent bias here. The gameplay is overall fun, but there are some deep flaws that I will want to address.

This review is not designed to be a hit piece or a praise piece. I think videogame journalism and criticism is in a weird space as it seems a lot of folks just want to find fault in everything. By the way, I do see the irony in this coming from a blog called “Jay Hates Movies.” Anyway, I am going to try a new format for this review, so let me know what you think.

I was pleased that this game is co-op the entire way through. I think this is a step in the right direction for single-player games—I am more prone to finish a game when I am playing it with someone. Far Cry 5 is manageable length was, but I think I played it faster knowing someone else was waiting on me.

The story is fine. You play an unnamed deputy who is trying to take down a crazy cult. Instead of one villain, we have four. Joseph Seed is the big bad guy, but it is his siblings who you will deal with mostly. Each one of them controls a large region of the county, and you have to take them down one-by-one. The structure is fairly similar to Ghost Recon: Wildlands. The siblings are unique, and each region does have its own feel, which is nice. Each sibling makes for an interesting villain in their own way for that portion of the narrative.

You can tackle the regions in any order, and as far as I can tell there isn’t much of a difference if you mix things up. The primary goal is to break down Joseph’s power and launch a rebellion. Through this, you meet a lot of fun characters.

The buddy system here is great. You can have a pet bear, dog, or a sniper, or a lunatic with a flame thrower. Further, you can have one of these buddies with you when you are playing co-op. We opted for Jess, who can take out enemies silently.

Perhaps my biggest compliment to the story is that it feels full. The trend of gating off content for future DLC is a cancer in the industry that needs to go away forever. Yes, there is a season pass, which comes with its own ethical questions, but at least I can see the whole main story without forking over more money.

While the story is fine, there sure are some annoying parts. First, you’re going to be captured nine (I think) times, and this is simply ridiculous. Every sibling has to capture you and talk about how cool they are and blah blah blah. It simply made no sense to me why they hadn’t just shot me in the head at this point.

Perhaps the biggest problem is that you kill the siblings once the region is taken over, so they simply vanish from the story. I kind of forgot about the brothers by the time we finished Faith’s region. We also spend less time with them, and we also only get to know them when we are captured. Something about the whole thing just doesn’t sit well.

The tonal imbalance in the game goes from completely ridiculous to just kind of annoying. I liked Hurk, and his father’s antics make for some hilarious scenes, but it doesn’t fit with the rest of the narrative. I might be a stick in the mud over this, but the harrowing ordeal of an oppressed county didn’t mesh well with some of the more absurd moments.

Gameplay wise, my friend and I have experienced a decent amount of bugs. Enemies and NPCs vanishing, freezes, laaaagggggg, and invisible enemies to name a few. When the gameplay works, it works well, but it doesn’t feel as deep as other shooters. The gun selection is surprisingly bad—one AR, two AKs, and a couple other rifles make up the assault category—and this seems slacking compared to other Ubisoft shooters. The lack of versatility disappoints me, and all of the inventory feels limited. The clothing options are terrible, gun selections poor, oddball crafting menus that aren’t convenient for in-combat gameplay, and crafting has become a joke.

With odd narrative choices, limited tools, and so forth, it really seems like the game was rushed. However, the game also feels complete, so I don’t really know what to say here. It is a decent game, but it feels like a catch-and-release type game, or something you’ll play to keep you satisfied until something better comes out. I feel like Far Cry used to be a bit more of a flagship, and now it seems like an annual or bi-annual release franchise more than anything else. I think I am becoming a bit embittered towards gaming, so this game is probably receiving a harsher treatment than it otherwise might.

Where the game totally sucks is the Arcade Mode…

They didn’t charge you extra for it.

The arcade mode is broken into co-op or solo missions, player made missions, or multiplayer. All modes are borderline non-functioning and forced into the game. Aside from horrific lag, bad load times, and crappy level design, we are also treated to user-generated levels that have no quality control. What this turns into is basically the worst that Steam offers. These levels really feel like asset flips. The lighting on some of the levels was so poor that we could not play them. All of them in this mode suffer from horrible level design.

Ubisoft seems to want to invest into this mode as much as possible, and I think this is a bad idea. We have the worst of online shooters here, and none of the perks. You get a pittance of money for victories, and some perk points, but there is no advancement. Worse, there really is no reason to play this mode at all. I am guessing that we will eventually see a bunch of loot crate crap in this mode or something. The whole thing should be taken out to the woods and lit on fire. Absolute crap.

Far Cry 5 has an interesting campaign and is overall an enjoyable ride. One thing that interests me about this game is the political stuff surrounding the game. When it was first announced, conservatives flipped out and claimed the game was somehow liberal propaganda. When it released, now it seems that liberals are flipping out because it doesn’t go far enough. I think this was some brilliant marketing, and I do think something that annoys both sides of our political sewer is certainly worth a look. The problem is that once you look the only conclusion is that everyone is trying to force their own narrative onto things. People hoping for something more profound are likely to be disappointed, but they probably shouldn’t be surprised. With a nearly annual release, there just isn’t a lot of space to make a truly world-changing game.

I stepped away from this review for a few days, and in that time we have played through the campaign a second time. The second time through I saw more glitches, more invisible enemies, fell through the earth more than once, and randomly blew up a couple times. The glitches are obnoxious, but they usually don’t result in needing to reboot. Also, seeing a dancing semi-truck flying through the air is at least interesting. The story lost some of its bite, and the repetition of it all seemed to shine through a bit more. For a once-through, I don’t think this would be an issue, but there is little replay value here. For all of the hate and hype surrounding this game, I see it as just kind of there. Sure, there is some fun to be had, and I do think it will scratch the FPS itch for a lot of folks. For me, it just doesn’t stand out. 6/10