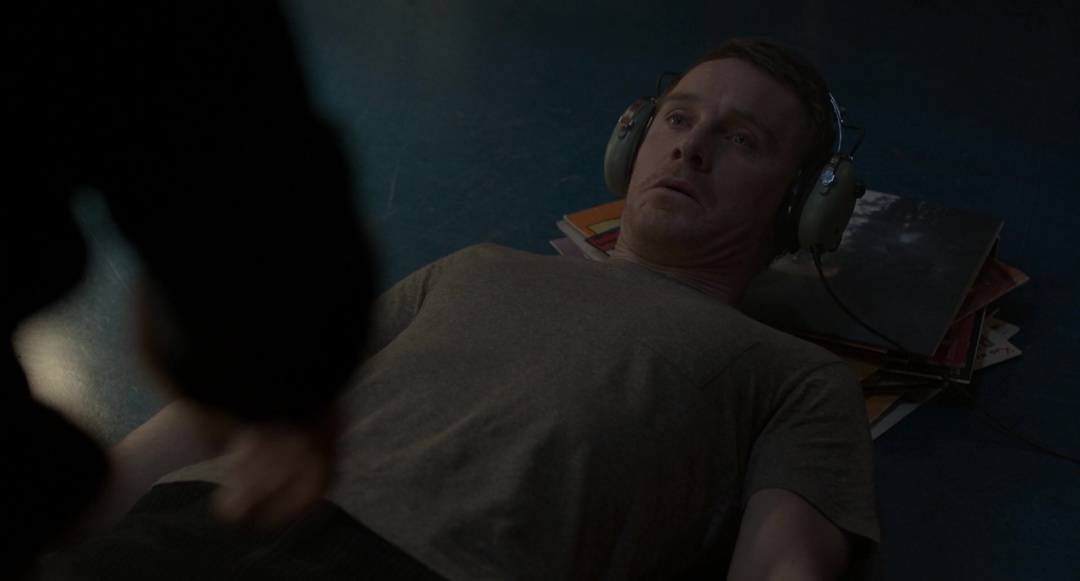 Let’s take a look at a rather perplexing film. 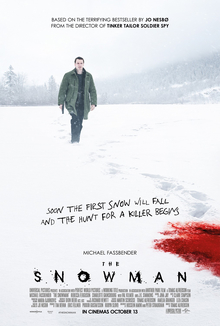 The Snowman is an adaptation of a Norwegian crime novel about a serial killer. We follow drunk detective Harry Hole (Michael Fassbender)—yes that is his name. Anyway, Hairy Hole is a drunk, and that is about all we know about his character, supposedly he is a good detective—or was. Anyway, some person is killing women (primarily) and taunting them with snowmen, so Harry gets on the case.

The failings of this film have become somewhat of a legend. The film boasts an impressive 8% on RT, and I know a lot of people who saw it to see how bad it actually was. Friends encouraged me to see it, but it left theaters too quickly and I just didn’t have energy to rent it—until now. So, what went wrong? Well, just about everything.

Perhaps the biggest problem with The Snowman is that it is painfully derivative. A lot of cop dramas are, but they try to have some sort of hook or change that distinguishes themselves from the hundreds of others. The Snowman chooses to give us whispers of something similar to an interesting plot, but it doesn’t follow through. There are about a half dozen narrative threads that are opened and never explored.

Part of the problem is that we can’t have a film about just a serial killer. No. Fuck that. We have to also have a convoluted thread about business corruption, and a whole bunch of other crap that isn’t followed through. A major theme of this movie is that things happen, but they don’t really matter.

I suppose it shouldn’t be a surprise that roughly 15% of the film wasn’t film, but that might actually make the situation worse. The movie isn’t good but happening to be missing some details—the whole thing just isn’t very interesting. Further, it already clocks in at 2 hours, I can’t imagine more time spent in this dreary narrative.

The technical aspects of the film might be worse than the narrative problems. Establishment shots look fine (doesn’t hurt that they have the beauty of Norway to help them), but the film’s editing is atrocious. The opening of the film introduces us to jerky and jarring camera cuts that jump time, and while this is obnoxious enough, it isn’t the only consistent weird thing. These cuts more or less go away, but then we have a chunk shot in poor lighting, a chunk shot with bad sound, a chunk shot with missing sound effects, and so forth. The whole thing is a randomized crap shoot of what is going to go wrong.

Poor Val Kilmer is in this movie, and his voice is obviously redubbed. It is unfortunate he was sick during filming, but it is insulting how poorly they dubbed over his voice. They did not even try to line it up with Kilmer’s mouth, and it makes every scene with him oddly hilarious.

The movie is bad, but it really shouldn’t have been. The whole thing is just kind of weird. It isn’t bad enough to be kind of good, and it isn’t bad enough to be offensive, it is bad enough to just be kind of confusing. I don’t think it is one of those to watch to “see how bad it is” because the badness is more frustrating than entertaining. I don’t know on this one, if you have to watch a movie about a serial killer, watch something else. I wouldn’t bother with this one. I could rip it apart more, but nothing works. I think this one would be one to watch an “everything wrong” with video just to see the madness without having to commit the time. Hairy Hole wasted our time—what a prick. 2/10