Let’s take a look at another found footage horror film. 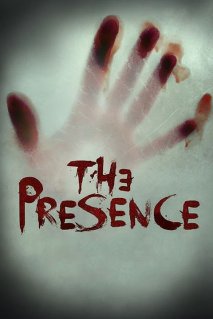 Honestly, I don’t catch a lot of German films, so this one caught my despite being a little bit older of a film to review.

We follow Markus, who is taking his girlfriend Rebecca somewhere as a surprise. To her disappointment, they pick up his best friend Lukas and head towards an abandoned castle. The surprise: ten whole days in a probably haunted castle with your boyfriend and his idiot best friend.

I think a major problem with horror movies is that they over explain stuff that does not need to be explained. The whole third-wheel aspect of the trip, and hiding the location’s history from Rebecca doesn’t create tension, it just creates unbelievable people. I can’t believe that Rebecca (who vocally admits to not liking anything haunted or anything to do with that) simply didn’t take the car keys and leave the other two there for whatever they actually wanted to do. The tension created here adds nothing, and we don’t get a lot of insight into who these people are. Sure, Markus seems like a jackass. Okay. Why is this important?

A major theme of this film is a lack of follow-through. Whatever they had originally envisioned for the odd triangle is simply absent from the rest of the film. We also have an interesting scene of the food having molded overnight, but guess what, it is isn’t mentioned again. I guess for the next five days they ate rocks or something. Or maybe they forgot about that scene? I get that this is low-budget, but this is simply poor storytelling.

The dumb set-up does allow for some at least interesting scenes, but all logic is basically gone. They want evidence of the supernatural on camera, they get it—multiple times, but still stay in the house. Rebecca begs to leave, but is talked into staying multiple times. No person would have stayed! The forced loss of the car keys comes way too late after the point when there needed to be a better reason for them to stay in the house. Also, and perhaps even worse, is that despite seeing evidence of the supernatural the trio don’t believe each other.

The film doesn’t seem interesting in telling us a story, but rather giving us scary-ish scenarios where we can get a cheap jump scare. I don’t hate found footage as much as a lot of folks, but I am enraged when the camera cuts to static, or blurs. I will keep complaining about this until it stops being done. Jerking around with the footage literally ruins the scene. If we can’t see what is happening, we cannot be invested.

The production side of the film is abysmal. I don’t want to punch down here, but this goes beyond normal found footage issues. The shaky and jerky camera is abundant—there will be several moments where you will have no idea what the hell you are looking at. However, this is a major problem not unique to this film. Where this film fails completely is the piss poor sound editing. I jumped from 10% to 60% on my headphones more than once, and we go from ear-splitting loudness to whisper quiet dialogue and action too quickly. I ended up with more of a headache than anything. If the film wasn’t subtitled I think the average viewer would miss more than half of the spoken words and almost all of the little creepy noises. The audio inconsistencies make the film almost unwatchable. The bullshit loud jump scare noises are just irritating.

To cap it all off we get a ridiculous first-person (well camera held) view with a dangling bloody hand running around. I don’t even know how to properly make fun of this. The film just doesn’t work. There are some good ideas and shots here, but technical issues really pull the whole thing down.