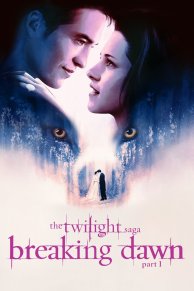 In order to suck as much money as possible out of this series they broke the final book into two parts. What this means is that we have a bloated film that only covers the wedding, honeymoon, and pregnancy of Bella.

God these movies are fucking stupid.

A story about a man who farts into oven mitts and then seduces rabid badgers with the scent would make a better love story than Twilight.

The film starts with an over the top wedding, which to their credit does feel like a real wedding: I was bored and wanted to drink well before it was over. The characters don’t really develop in this series, and the entirety of the last film could have been skipped and little would have been lost. So much of this story is just needless bloat that it is hard to say what is actually necessary.

You’d think oddly mean-spirited speeches at the wedding would be the most obnoxious part, but nope, you see this movie doesn’t want you to think at all, and it also wants to punish you if you do. Jacob shows up all pissy and manhandles Bella (an odd theme in this series) as he learns she plans to have sex with Edward on their honeymoon. Apparently, vampires are too brutal in the bedroom?

We also see Bella nervous of the idea of sexual intercourse, and seems to not want to follow through, but fulfills her “wifely duties” or whatever. This film series is all about teaching people the wrong lessons. Forgive men who are abusive, submit to their will, give up your personality, have sex even if you aren’t ready, die for pregnancy, and exclude all of your family and friends in the process. A toxic waste bath would be less damaging to young people than this shit.

Bella gets pregnant (obviously) but first we must suffer through the honeymoon, which is simply a drag. Nearly half the film is the human automaton and a living kitchen sink having sex, talking about sex, looking like they’re not having any fun having sex, and then the kitchen sink decides he doesn’t want to have sex anymore.

We’re just watching Lolita. The difference in age between these two is less than it was in Nabokov’s novel. 90+ to 18 is still a problem for me. I don’t consider myself a prude, but this is some on the nose child bride level shit here.

The child bride theme continues as Bella is forced into a pro-life fantasy as the fetus is killing her and everyone wants her to save herself. Some have pushed back against this argument that the film is not simply a pro-life fantasy, but it is. There is no denying the propogandist crap that occurs here. Look, have whatever opinion you want in your movie, but don’t deny the agenda of male being superior to female in every way. But wait, Bella wants the kid, I hear you protest—of course she does, she’s the sacrificial lamb. The perfect woman for incels. Pure and willing to sacrifice everything (identity, future, and life) for the brooding male who no one understands.

As the baby kills Bella from within she starts to look a lot like Gollum from Lord of the Rings. Not sure if this is a compliment or a criticism, as far as the shaky special effects go this was one of the better ones. Anyway, everyone is all upset, and the wolves decide they have to kill the baby—despite not really having any discussion about it.

The whole wolf conflict is important because it leads us to the true piece de resistance (I can’t get the accents to stick in wordpress, so forgive the lack of them in the French term) of this entire series: Jacob imprints on the baby (which is quite odd looking when it is born), which means he wants to fuck it. That’s right folks, the love triangle arc ends with Jacob deciding he’d rather be in love with the baby. (And you thought my Lolita analogy didn’t fit, didn’t you?). We literally see him sexually gaze upon the baby and then he gets images of her as a seven-year-old and then a young woman, but there is no distinction between the ages. His infatuation will stay a constant despite the infancy of the subject of his affection.

This movie could teach folks about the passive patriarchies that young women must navigate, and it could also be a great example of the sexualized male gaze. I suppose that’s probably too academic for what I usually do on this blog, so let’s just mock the baby fucker together. I can’t believe a plot in a major film would contain such a strange turn. Hell, even writing this summary will probably get me on some sort of watchlist.

I suppose I should mention here that I have read the books, so this was not a revelation for me, but I was curious to see how the filmmakers would choose to present such a scene. I shouldn’t be surprised they failed spectacularly, but I was. I suppose expecting a base level of competency or analysis from this series shows my ignorance on what I’m watching.

The incompetence of the film goes beyond dropping the ball on pivotal moments. The filming here is potentially the worst of the series. The framing is odd as we have characters’ heads cut off in scenes for no reason, odd zoom ins, multiple cuts (that are just pointless) and the lighting on some of the scenes looks manufactured to the point of absurdity. However, the weird thing is that the shoddy filmmaking has remained similar throughout the entire series, yet there has been a smattering of directors here. I think the production company forced a lot of this crap onto the screen. Now, this isn’t saying the source material isn’t a deep-fried dog turd because it is certainly that.

Another odd thing about this story is that I haven’t invested in anything in the entire narrative. I do try to give films a fair shake, but there is nothing here. I don’t have a stake in anything that I am watching and that makes these films an absolute slog to get through. I mentioned on the first review that the thing that pisses me off the most is the lack of any competent writing. The dialogue is simply atrocious. The closest thing to a clever line is when Charlie (Bella’s father) makes a joke that a cop has the ability to track someone anywhere, so Edward better treat Bella right. Yep, the best line in the series is a rip off on an old joke.

I’m taking the long way around to say that this is potentially the worst set of films I have ever seen. Thankfully, there is only one more to go.