Let’s exploit the dead for a quick buck. 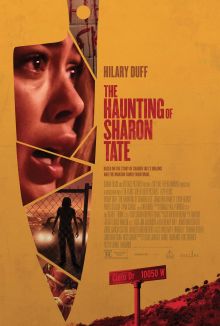 I’ve never fully understood the fascination our culture has with the Manson murders. We are drawn to cults (I myself find Jonestown fascinating), and true crime is majorly popular. For me, the Manson crimes are just not that interesting. I’ve read Vincent Bugliosi’s book, and think it is worth reading. One thing he mentions is how hard it seems to control the perception people have of these crimes. So much bullshit made it into the public that most people aren’t aware of the facts surrounding the case.

This movie does nothing to alleviate this issue.

Sharon Tate wasn’t psychic, and didn’t get to have an alternate fantasy, and the victims didn’t walk away towards the light accepting their fate. They were murdered to fulfill the wishes of a demented man who, through years of practice, knew how to manipulate and prey upon vulnerable people until they would do as he commanded.

Charles Manson isn’t fucking magic. Quit making him out to be more than he is.

It is odd to see a movie that references Roman Polanski so much you’d think they’d at least make a critical gesture in that direction, but they really don’t. This story just wants to turn a mass murder into a cheap slasher film with a supernatural element. How classy.

The story has major problems, and most reviewers are zeroing in on that aspect. This is historical revisionism that is based entirely on stupidity rather than any sort of agenda. How in the world this project was greenlit is beyond my comprehension. How, or why, they cast Hilary Duff as Sharon Tate is also elusive.

This is a terrible story told terribly. Aside from being offensively and exploitatively inaccurate, it is also just boring. The characters don’t feel real in any way. I had to remind myself this is supposed to be a true story. We have stilted dialogue and poor writing throughout, which makes the deaths of the characters meaningless. Further, the technical aspects of this film are poor. The lighting is horrific, the camera tilts and whirls, accents are… … weird. and the whole thing just has a cheap haze to it.

I wanted to mock this one more, but the film is just tragic. Why this was made is beyond me. What the hell was anyone involved in this thinking? Clearly, not much. Avoid this piece of filth if you can.