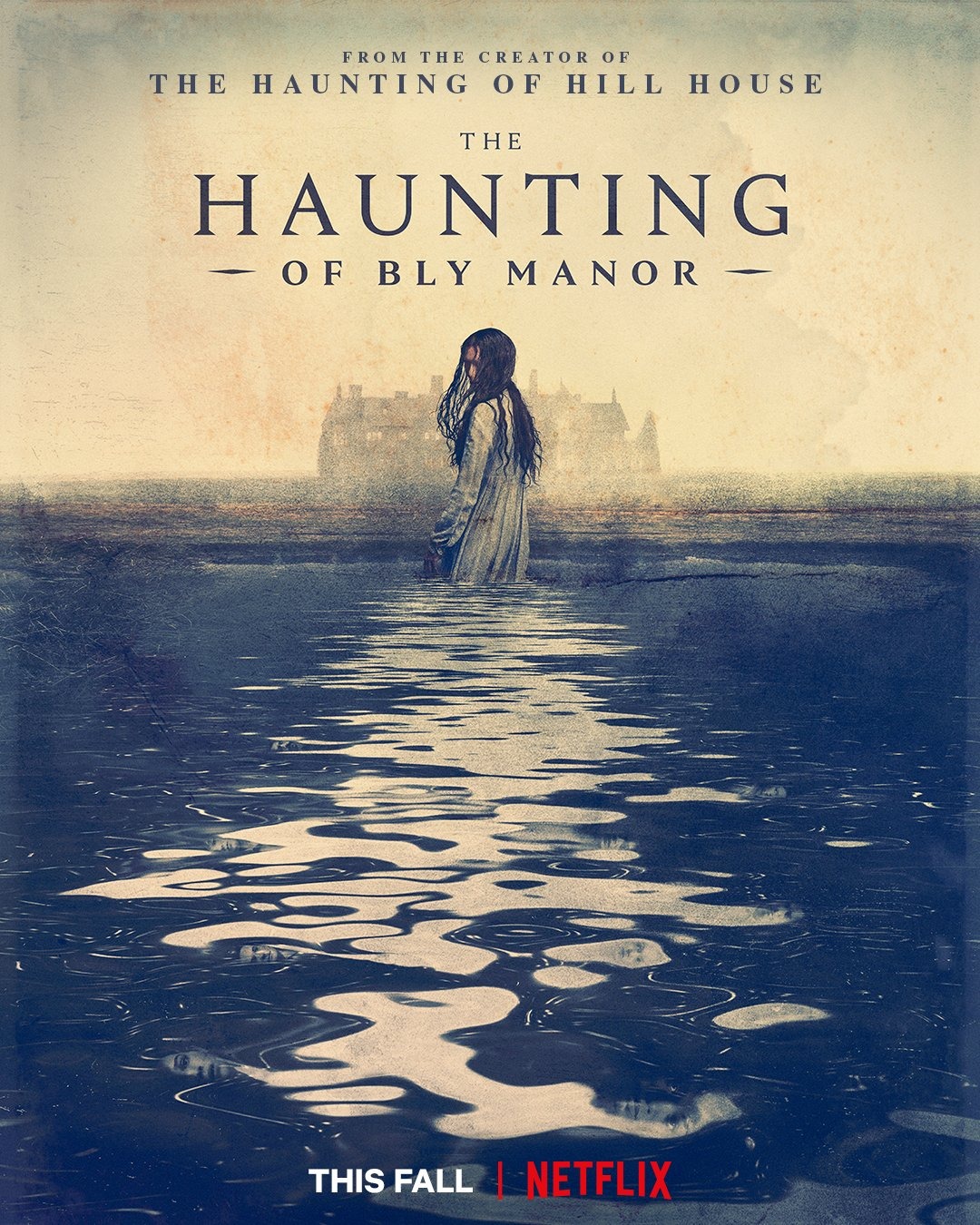 I mentioned above that if you begin to pull at one of the numerous threads in this show it all starts to unravel. Honestly, determining where the show exactly went wrong is hard to do. Perhaps in pre-production, perhaps in writing, perhaps in post-production? I honestly don’t know. How they managed to make a series that could have been cut down to a two-hour movie or made three separate stories at the same time is a little impressive.

Anachronisms abound in Bly, we’re in the 1980s, but the technology is notably older. I don’t see wealthy estate owners not updated their electrical equipment. You might think this is a nit-picky complaint, but for the life of me I could not decide why they chose the 1980s for the setting. We don’t get any fun nostalgic references to British or American culture, we don’t lean into the past homophobia (aside from a single line), and we aren’t given a meaningful time frame. We meet an older Flora, but she has apparently not aged as much as Jamie. In what seems to be forty years later, Flora doesn’t look a day older than twenty. You’ll be thinking too much about time to enjoy these twists!

While the narrative timeline is a mess, so are the characters, and this is where the show truly falters. The old au pair Rebecca (Tahirah Sharif) enters into a relationship with Peter (Oliver Jackson-Cohen), who works for Henry. We learn that Rebecca wanted the job as an au pair to get work with Henry. However, she can clearly tell that he is a mess and why she continues this plan is beyond me. Further, we’re told over and over how smart Rebecca is, but she falls head-over-heels for abusive Peter. Now, I’m not saying that people who get into abusive relationships are dumb—such a statement would be ridiculous. However, it is insulting to have someone who is so laser focused throw away everything they’ve worked years for to be with someone who they seem to have known for about a week. Further, this same person become possessive and abusive after what could have been a one-night-stand.

Peter is a deplorable person. Fine. Do that! Make the ghostly villain (the third in the series) a greedy and manipulative monster. He’s so greedy that his need for company leads him to possess and murder Rebecca, who seems to get over this fact fairly quick. Then, the two hatch a scheme to possess the children so they can be together. Okay, let’s go with this, but write this in a way that makes sense for Rebecca. Instead of showing us that perhaps Rebecca is, also evil, they decide to retroactively humanize Peter. Yes, his childhood seems tragic, and yes, people are often put into unwinnable positions. However, we begin making these arguments after Peter has jumped from theft to murder, possession, and is willing to take over a child’s psyche.

The writers bet a lot that we viewers would find the tragic line in Peter and Rebecca and see them as some sort of robbed lovers. Nope. Not for me, anyway. Rebecca may have loved Peter, but once you decide you’re okay with robbing someone else’s existence any sympathy can go right out the door. We’re given a brief scene of Peter apologizing to Miles before the end, but this is out of character. He was a bad person before his death and remains one after. Once again, if they wanted us to see Peter as a decent person who was corrupted by Bly, they needed to spend a lot more time with him. Other ghosts basically seem to keep their minds intact, and don’t seem intent on harming people, so why do we try to absolve Peter?

The series didn’t have time to take these characters anywhere. Our glasses wearing ghost, who ends up being Dani’s ex-fiancé does little other than provide some jump scares. An episode ends with Dani throwing his glasses into the bone fire and confronting the spirit, but we don’t get to see it. Next episode? All is done. Sure glad we wasted out time on that.

Likewise, our actual villain, Viola Wingrave (Kate Siegel) isn’t truly introduced until the penultimate episode. Despite the terrible narration, this episode contains more intrigue than the rest of the series. Viola’s story could have been its own season, and perhaps should have been. Until this moment, she’s just a faceless ghost who occasionally wanders the house—sure, she kills Peter, but did anyone care?

Glasses ghost, Peter, and Viola—three villains, each occupying roughly a third of the season. The decision to overstuff this so with so much fluff boggles my mind. We can’t be scared of Viola when it seems so easy to defeat the fiancé.

The other major character failure is that of Miles. I think Benjamin Evan Ainsworth does an admirable job, but the character is poorly written. He is wicked when possessed by Peter, but when we see him not possessed, he certainly doesn’t seem much different. At his boarding school he chokes a classmate unconscious in order to get back home, but if the priest had not intervened would he have killed the kid? I honestly figured it was Peter possessing him during the boarding school scenes until we learn that ghosts can’t leave property. At least until Viola enters Dani, but you know, forget having any rules of order to anything.

The bond between Miles and Flora is never shown to us. Flora tells us how splendid he is (a term she uses to absurdity), but we are never shown this—I can’t believe this series fails on the show don’t tell dynamic of writing.

Aside from characters themselves, their relationships don’t sink in. Dani and Jamie leave the manor to pursue a romance destined for tragedy as Viola will eventually take over. I’m glad that we get LGBT representation currently—seriously. However, what draws these two together? It seems convenient at best that these two find each other. There is no passion in any of the relationships, but this is the one that mattered the most. I guess I shouldn’t have been surprised since they flubbed Rebecca and Peter’s development. Dani seems so sad and almost catatonic most of the time, understandably, but we don’t get to see what Jamie sees. In the series finale (great timing) we get some scenes of them laughing together and moving through their lives. These scenes are nice but come too late. A story of being with someone who is possessed could also be an interesting season in its own.

Bly fails as a romance and a horror story. I can’t believe how bad this was. Honestly, I had another five to ten things to rail against, but this is already quite longer than the average review. I know a lot of people liked this one, but for me it just fails. I hope Flanagan can get back on track for his next project.

If you enjoyed the season—awesome! However, if you want a story of a family dealing with grief, try Relic, and for a tragic love story, Portrait of a Lady on Fire. I think those films do a better job than this series.